Baker Park is Frederick’s largest city park, a linear 58 acre area surrounded by Baker Park neighborhood. The amenities include a city pool, several ball parks, 2 playgrounds, Carroll Creek and walking and riding paths. The amphitheater is the site of summer plays and live music throughout the year.

The stately Joseph Baker Bell Tower is one of 8 in Maryland and the states largest musical instrument. Surrounded by a beautiful rose garden, the bells can be heard throughout the Baker Park neighborhood on Sunday’s for 1/2 hour at 1 pm. It weighs about 6,000 pounds, made up of 49 bells atop a 70-foot granite tower, one of 144 in the country.

Carroll Creek runs through the length of Baker Park, downtown and to the east side of Frederick at East Patrick Street. People enjoy the solitude and ducks at Culler Lake Baker Park. Enjoy our Baker Park Photo Album, click on the image: 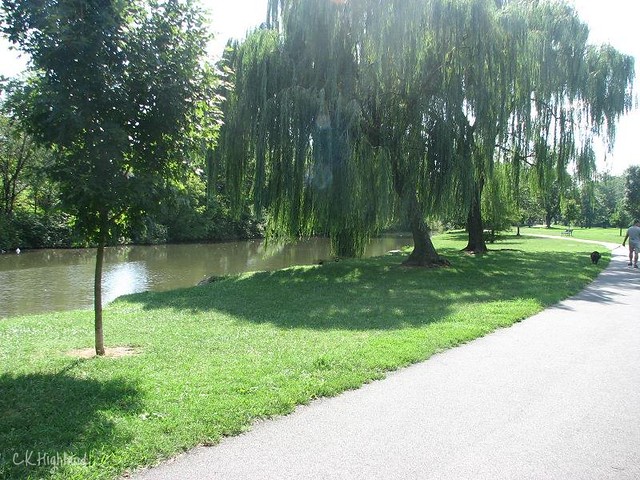 Homes For Sale in Baker Park

Park History is written in a book titled, “This Green Oasis”, written by Richard Lebherz and designed by graphic artist, Richard Markey. The book traces the history of the idea of Baker Park through the lives of two men: Joseph Dill Baker and Lloyd C. Culler. According to Lebherz, the history of Baker Park began on the morning of June 24, 1926, when the old Zentz Mill burnt down on Bentz Street.