Enjoy our Slide Show of Pictures of Frederick Md:

You can visit for a day, or spend a weekend and still not be able to explore it all. Unique shops and fabulous restaurants, historic Federal Architecture, a Theater District, art galleries, and so much more. The historic buildings have been well-maintained and are a beautiful aspect of Frederick Maryland. Shab Row and Everedy Square are shopping locations in the Historic City of Frederick.

The City of Frederick has a growing and thriving artist community. The Delaplaine Arts Center is the location of many exhibits and classes. There are several galleries downtown with openings throughout the year. The yearly Frederick Art Festival held in June is a draw for artists from around the country.

The City of Frederick also has a Theater District, with regular shows at several venues. The historic Weinberg Center hosts nationally known performers as well as local talent. The Maryland Ensemble Theater is a local theatrical company that has several shows a year. And the Frederick Arts Council supports many local artists and theater groups.

Learn more about real estate in The City of Frederick

Search for Homes in the City of Frederick

What’s My Frederick Home Worth? 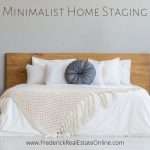 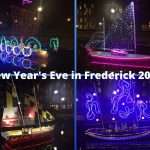