The real estate market in Frederick Maryland has seen a recovery over the last 2 years. Prices stabilized in 2012, and have been increasing steadily since then. (Read more about Frederick Real Estate in 2014) So what does 2015 hold in store for home buyers and home sellers? I’ve consulted several expert sources to peer into the crystal ball:

Several sources are reporting that the job market is stronger going into 2015 than it has been in several years. The latest jobs report from the Bureau of Labor shows that wages have increased modestly, and the unemployment rate fell to 5.6% in December. Companies are hiring again, as opposed to the downscaling we’ve seen over the last few years.

Consumer Confidence in December almost 20% higher than it was last year, 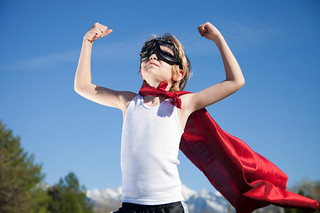 according to the Conference Board. When people have a more positive outlook about housing, they tend to act on it.

Rents have risen steadily over the last few years, now at a 7-year high. Average rents rose 4.9% nationally in 2014,  and are projected to rise higher than home prices, 3.5%, compared to 2.5%, according to Stan Humphries, Chief Economist at Zillow. Many experts believe that rising rents will push would-be first-time home buyers over the fence.

What About Local Frederick Economic Conditions?

One of the predictions for the coming year is that real estate markets will be driven more by local economics than by national economic trends. In Frederick County the unemployment rate at the end of 2014 is down to 5.7%, only exceeded by Montgomery and Howard Counties at 5%.

Frederick’s proximity to Washington D.C. and it’s suburbs continues to act as a buffer from any severe economic challenges seen in other locations. The Frederick News Post recent article had many positive projections for the economic outlook in Frederick for 2015.

In the Frederick Real Estate Market, we saw an 11% increase in average home prices from 2012 to 2013, then prices held steady throughout most of the year, with a slight increase during the summer months. All predictions are for an increase in demand next year, as well as an increase in the number of homes on the market, as more homeowners see their home value come up. Foreclosures are lower, very close to pre-recession levels. According to Realty Trac, Maryland is still working through it’s foreclosure inventory, but rates are much lower than they were 2 years ago. Frederick County’s forecast is to have a normal number of distressed properties on the market by the end of 2015. This is a good sign for real estate values in Frederick.

Unlike real estate values, which are local, mortgage rates are complicated and increasingly based on world economic events. The mortgage rate predictions are almost unanimous in calling for interest rates to rise during 2015, with a few exceptions calling for rates to stay the same. The Fed has warned that rising rates are on the horizon, since they’ve ceased purchasing government securities (Quantitative Easing), as the economy recovers and as more jobs are created. Rates are predicted to rise after June, from a low of 4.8% (Fannie Mae) to 5.3% (Mortgage Bankers Association) to as high as 5.5% (Three Mortgage Rate Predictions from 3 Industry Experts).

For an understanding of the effect of mortgage rates on your monthly payment, read: Interest Rates and Home Affordability

A Contrary View of Mortgage Rates in 2015

The cost of health insurance, including deductibles, is killing the average household.

One of the loudest complaints of many real estate professionals over the last few years has been over the stricter lending standards that have been in place since the “mortgage meltdown” beginning in 2007. Each year, lenders hope for a loosening of those standards so that more would-be buyers can get loans. The good news is that mortgages were starting to get easier to get by the end of 2014.

David Payne of Kiplinger predicts an easing of credit conditions from Fannie Mae and Freddie Mac, starting with the decrease of the 3.5% required downpayment to 3%. According to Mr. Payne, this signals to lenders that  rules are beginning to relax and it will encourage lenders to relax some of their overlays and expect fewer risks on loans sold to Fannie and Freddie.

As interest rates and prices rise steadily, buyers will be able to get less for their money. Buying early in the year is advisable. But even if that’s not possible, there is no reason to be discouraged. The predictions are for gradual changes. Housing is projected to be affordable for a long time.

“At today’s house prices and income levels, mortgage rates would have to be nearly 7 percent before the U.S. median priced home would be unaffordable to a family making the median income in most parts of the country.”  ~ Frank Nothaft, Freddie Mac VP and chief economist

The inventory should increase in 2015, giving buyers more choices. We expect a balanced market, so sellers are not going to be desperate. We don’t advise any lowball offers, unless there are rare circumstances. For further reading: Dear Buyers: How NOT to Make an Offer on a Home

The coming year, homeowners should see some mild appreciation, and an increase in homes on the market as more and more homeowners find themselves no longer underwater. With the expected increase in demand, we predict a balanced market in Frederick. Sellers should expect realistic listing prices…i.e. more like 2% to 3% over last year, just like historically normal markets…do not  expect 10% increases, like in the boom.

Is there any room for the pessimists to worry?

It’s only fair to share the possible negatives that may affect the real estate market. Tax Insecurity is a big issue for businesses. Not knowing what the future holds as far as the tax rates and the costs of the new health care law causes businesses to freeze hiring and expanding.

The Fed has signaled that they will start to allow mortgage interest rates to rise, probably in the second half of the year. If rates do reach 5% by the end of the year, as predicted by the Mortgage Bankers’ Association, that rate is still really low, compared to the all-time average of 8%, which have been tracked since 1971. Certainly, that rate is incredibly low when you consider that we old timers saw rates in the double digits in the late 70’s and early 80’s. Rates were averaging in the 6% range when we entered the recession.

We look forward to 2015 as a productive year, a good year for both buyers and sellers in a balanced market. Contact the Highland Group if you’re considering buying or selling real estate in 2015.

The Best of the Best Advice for First Time Home Buyers
Next Post: More Changes to the Appraisal Process in 2015