You are here: Home / Frederick Living / Great Places to Watch the Superbowl in Frederick Maryland

The 53rd Superbowl is coming up in a few days. (I refuse to decipher Roman Numerals…ain’t nobody got time for that!) The Los Angeles Rams vs. the New England Patriots (surprise!) in Atlanta Sunday, February 3rd at 6:30 pm. Where will you be watching the game? Here are some great places to watch the Superbowl in Frederick Maryland, if you’re not hosting a superbowl party or attending someone else’s. If you are nesting, I’ve got some great places to order up some great game-day food.

First, what are Football lover’s favorite party foods? Today and Mashable teamed up to their top 50 picks for the ultimate game day foods. Here are the top game day foods according to ABC News with recipes. I just asked Google what the top 10 favorite Super Bowl party foods are for American’s:

We’re not even going to talk about desserts. Anything sweet will be a hit, but I’ll put my bet on brownies.

Great Places to Watch the Superbowl in Frederick Maryland

So where can you go in Frederick to watch the game on a big screen with great sound and great food? Maybe you want to avoid all the food prep and cleanup. You’ll be happy to know there are several places around Frederick to enjoy the game with friends and food. It looks like it’s going to be a good game!

Most of the bars and restaurants with bars have large t.v.’s where you can watch the game. Space is often limited, though, so you’ll want to show up early and grab your seat.

Ordering Food for Your Superbowl Party 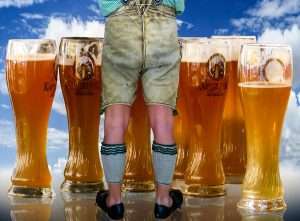