You are here: Home / Frederick Md Neighorhoods / Homes for Sale in Dearbought Neighborhood

Dearbought is a planned neighborhood located in north Frederick, off of Rt. 26, east of Interstate 15, just minutes from downtown Frederick. The community backs to a greenway that runs along the Monocacy River, and boasts of natural scenery and lovely common areas. Dearbought is close to several shopping centers and has easy access to commuter routes.

The community consists of about 600 homes, including single-family homes, townhouses and condominiums. There are tennis courts, swimming pool, tot lots, volleyball and athletic field for residents to enjoy, as well as a community building. There are nature paths, bike and running paths that showcase the beautiful surroundings.

Homes for Sale in Dearbought Neighborhood

Search results for Homes for sale in Dearbought Neighborhood, listings are updated daily:

Find out What my Dearbought Home is Worth

Dearbought was planned and developed by Natelli Communities and includes daycare facilities and assisted living facilities. The 150 acres along the Monocacy River provide a beautiful setting for residents of all ages.

Dearbought is a full-lifecycle community, with child daycare and assisted-living facilities, as well as places of worship, within its neighborhoods. To find out more about see Dearbought Community HOA.

In 1755 Sebastian Derr purchased the tract of land on the west bank of the Monocacy river, called Dearbought, a part of the Dulaney lands. (Dulaney first purchased the lands we now call Frederick in 1745) Dearbought has been handed down from generation to generation until the present day, one of the few farms in Frederick County to remain in the same family for so many years.

The old Derr home, which is still standing on the right side of the Frederick and Woodsboro pike, was built of logs and stone, by Sebastian Derr in 1755, and is one of the oldest land marks in the county. It contained ten rooms, besides garrets and cellars. 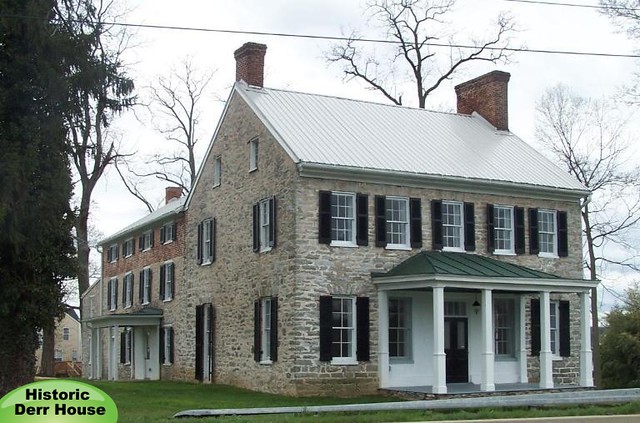 This list of homes for sale in Dearbought neighborhood is updated daily.