The community was platted in 1968, and was originally designed to be a vacation community. The Brosius brothers, Bill and Lou, designed “new town” with Lake Linganore as the centerpiece. As the community grew, more permanent homeowners bought homes and the community became one of the affordable places to build a new home as early as the 80’s.

Find out what your Lake Linganore home is worth

The Highland family lived in Lake Linganore for 16 years, and raised our 3 boys and daughter there. We lived in Pinehurst Village in a custom cape cod single-family home (before moving into the City of Frederick). Our kids loved the life in Lake Linganore! They loved to tromp through the woods and explore the Indian Caves. We went swimming several times a week throughout the summers and enjoyed the lakes and beaches. Lake Linganore is a beautiful place for kids (and Labrador retrievers) to grow up.

The Villages at Lake Linganore

There are 13 Villages in Lake Linganore at Eaglehead:

Living in A State Park

The Villages at Lake Linganore are designed for the nature-lover, with homes that fit into the surrounding landscape, views of woods and lakes, and amenities to take advantage of those surroundings: the Linganore Trail system, over 30 miles of paths and nature trails, boat ramp and boat racks to explore the four lakes in canoes, kayaks and electric-powered boats, enjoy fishing, and three sand beaches. photo credit to: Forsaken Fotos on flickr

The community exists on 3700+ acres of land, with 850 acres of open land. Find out more about Lake Linganore at the (LLA) association website. There are several committees, clubs and groups that residents can be involved in, and the website is a great way to stay up with the latest Lake Linganore News.

Deer Crossing Elementary School is the location of Deer Crossing Recreation facility, where many county recreation activities are held.

The Lake Linganore Association Covenants provide an overview of the governance of the Association.  It is the official Declaration of the Conditions, Covenants, Restrictions, Easements and Changes affecting the real property known as Eaglehead.  Located within the Covenants you will find information on membership rights, property rights in the common properties and more.  The LLA Covenants can only be changed with a 2/3 majority vote of the total membership of the Association.

Sellers of homes or property within the Lake Linganore Association are required by law to provide disclosure information to prospective buyers. Disclosures for homes for sale in the Meadows are provided by your Realtor.

Linganore is home to the mysterious Indian Caves. It is said that “Linganore” gets its name after an Indian chief that once lived on Linganore Creek. Folklore states that this chief lost a left ear during a battle and German settlers referred to him using the German terms ‘linke’ (left) and ‘ohr’ (ear.) Tradition states that “Chief Linganore” was a member of the Susquehanna Indian tribe and died in 1765.

Indian tribes have lived or hunted in Frederick County for 12,000 years, but in more recent history it is thought that primarily the Susquehanna tribe encamped in and around Linganore Creek. In the early 1700s hunting parties would come down from Pennsylvania to camp near Linganore Creek while they hunted game to feed their tribe.

Early settlers claimed the Susquehanna named this area “Laughing Hills” because Indian children could be heard playing and singing in the creek and among the hills and trees of Linganore. Many Indian artifacts have been found in an around old camp sites along the Linganore Creek area. Some discovered relics date back to 4,000 B.C. Gaining access to “Indian Caves” can be achieved from several points within the Meadows Village. A set of stairs off of Glen Lane provides one main access point.

Linganore Creek used to be covered. There are only 3 surviving covered bridges in Frederick County today. According to Harry Richardson, a well-known artist and Linganore resident, bridges used to be covered in the mid-1800s to protect the wood planks from the weather. Today we cross a lake, but in the 1860s, Linganore was only a creek where many millers built gristmills (mills for processing grains into flour) and sawmills along the creek.

A 600-foot long rock-and-earth-fill dam impounds a 204-acre body of water known as Lake Linganore, named for the larger of the two creeks that feed the lake. Brosius Rock, the boulder located at the corner entrance of the earthen dam, has a carved inscription that dedicates the dam—the Brosius Dam— to J. William Brosius, the father of Eaglehead’s original developers. Incorporated into the design of the Brosius Dam are 11 fountains along the northern wing of the dam area

This half-mile long concrete structure is suspended 12-feet above the water along the steep northern shoreline of Lake Linganore. It was originally built as a part of the Eaglehead sewer system, though it no longer is, and was designed to minimize environmental impact and preserve the trees and the sloping northern shoreline of Lake Linganore. The design incorporated a walkway on top of the structure, which made it a unique part of the community’s trail system. Four other shorter esplanade sections were built along the lake where sewer lines needed to be installed but creeks and other aspects of the natural setting needed to be preserved.

Located next to the Lake Linganore Association office building, these gardens were planted by residents with grants provided by the MaryLandscapes 2000 program. The gardens were developed to showcase various native plants and to promote native plant landscaping as a means of saving water and preserving the area’s natural plants. The three types of gardens featured are: the Water Conservation Garden, the Suburban Garden, and the Natural Garden.

The 70-foot long bridge, a part of Eaglehead’s trail system that connects the villages of Pinehurst and Westwinds, was given to the LLA by Frederick County. The steel structure was originally installed in the early 1900s in the western section of Frederick County on Harmony Road. When the bridge was condemned to vehicular traffic, Frederick County salvaged it as a part of its historic bridge program. The structure was restored and reconstructed by LLA maintenance staff from 2003 to 2004.

A 600-foot long rock-and-earth-fill dam forms Lake Linganore. Brosius Rock, the boulder located at the corner entrance of the earthen dam, has a carved inscription that dedicates the dam—the Brosius Dam— to J. William Brosius, the father of Bill and Lou Brosius. Incorporated into the design of the Brosius Dam are 11 fountains along the northern wing of the dam area.

A Maryland fishing license is required for anyone fishing in Eaglehead lakes along with your Lake Linganore Association ID card. 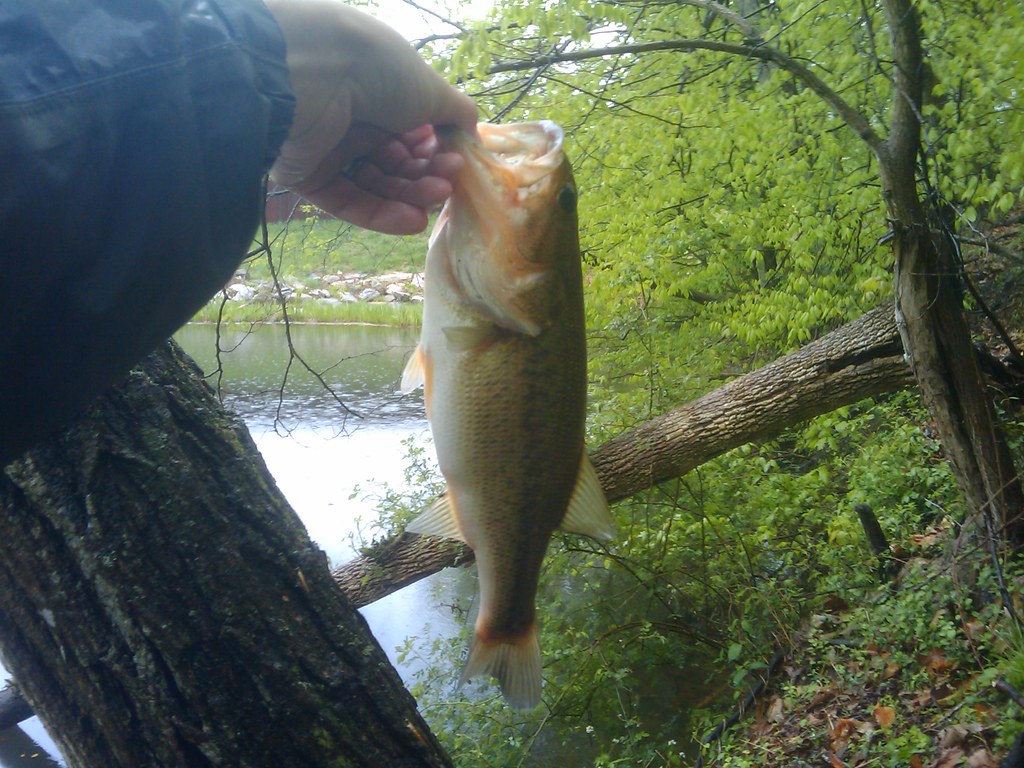 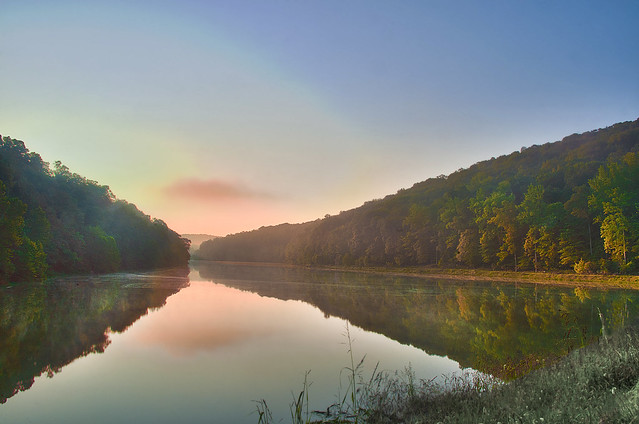