You are here: Home / Buyer Information / What’s Going On with Mortgage Interest Rates?

Mortgage rates have been up and down between the low and high-4% numbers for quite a while. This summer (2019) the Federal Reserve cut interest rates by 25 basis points, the first cut since December 2008. They again lowered interest rates by a quarter of a percentage point on September 18, 2019, its second cut since late July, and suggested it was prepared to move aggressively if the US economy showed additional signs of weakening. What does that mean to borrowers?

We often hear from potential buyers (and those refinancing) asking what the near future is for mortgage interest rates.  Disclaimer: Neither Chris nor I are mortgage experts. But we know a few people who are, and like to pass the question on to them. I reached out to one of our favorite lenders for some info:

What About These Historic Interest Rates?

“We have seen mortgage interest rates reach new historic LOWS this last two years,” explained Bob Drake, Branch Manager of CBM Mortgage in Frederick, one of our preferred lenders. “Thanks in part to world events like Brexit, we watched rates bounce around in the mid-3% ranges last year, unheard of since rates have been tracked.”

And how does that affect the market?

“Due to historically low rates, we’re seeing a continual stream of buyers enter the market. We’re doing our best to educate buyers, especially Millennial home buyers, on how low these rates really are,” says Bob. “We haven’t seen rates this low in 60 years…and then, our grandparents were paying 4%, which is still higher than today’s c. 3.7% rates. People need to understand that their buying power is the highest it will probably ever be.”

Well, that was before two FED rate cuts…will we see rates drop even lower?

Are Interest Rates Going to Drop?

The Fed has raised the benchmark interest rate nine times over the last three years, and we’ve been tuning in for months about the future of interest rates. When rates have moved up, over the last several years, they’ve come back down again.

And now, the rate was reduced for the first time in over a decade. According to news reports, the federal funds rate, which is what banks charge one another for short-term borrowing, will now hover between 2% and 2.25%. What can we expect for the near future? One thing we know for sure…borrowing power increases as interest rates decrease.

Most experts agree that there is one area where consumers may experience a negative effect from the Fed rate drop…in savings. It’s possible that savings rates may fall lower.

There are several major areas where consumers may experience benefits,

Mortgage payments are the highest debt the average American has, followed by student loan debt. As interest rates decline, it might be a great time to refinance. If you’ve been dreaming of a renovation, you may find it a good time to take out a home equity line of credit if you see lower rates.

You also may want to take the opportunity to accelerate your pay-off of a loan, like a HELOC.  Any loan, including student loans, that have variable rates are subject to a lowered rate.

Mortgage rates are already very low, 3.97% on average (Bankrate). One-half point off mortgage rates equals about $125 a month for the average mortgage holder. Consider the following chart, and you’ll get a good idea of how rates affect affordability: 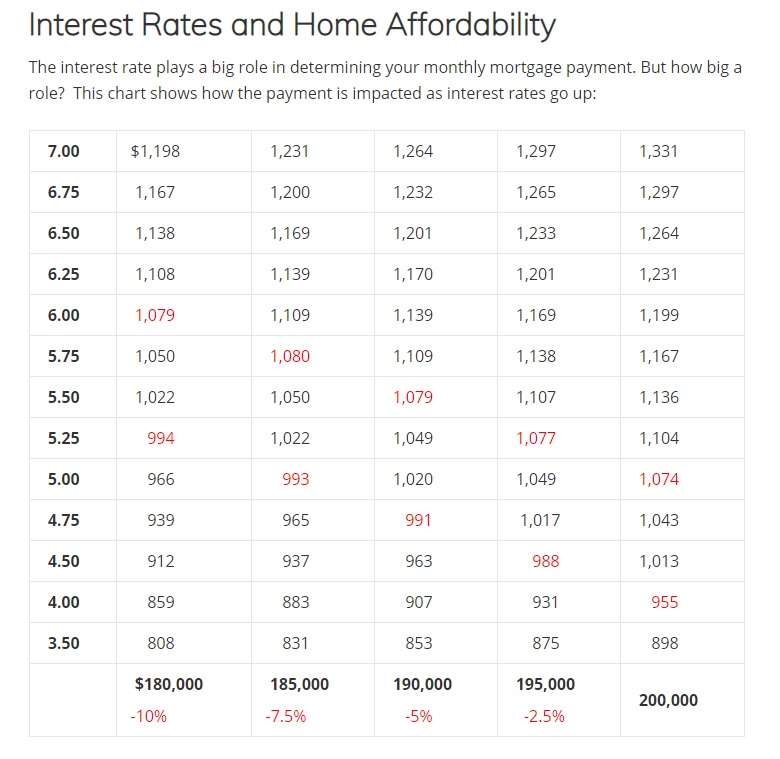 Most obviously, when mortgage rates decrease, it’s a great time to purchase a home. With home values rising at a healthy pace, a rate decrease will allow homebuyers to expand the range of what they can afford.

Generally speaking, for a 1/2 point decrease in rate, you can afford 10% more on a home purchase. This means that you may be able to afford $10,000 to $25,000 more in a home purchase, or more, depending on your price range. That can make quite a difference to the average homebuyer in Frederick County and surrounding areas of Central Maryland.

For Your Research on Mortgage Rates

Here are several sources of information on mortgage rate activity:

Bankrate.com has an interactive graphing tool that shows you what rates have done over a period of time. When you compare rates to several years ago…wow, you see what Bob was talking about above!

In most years, rates rise in the summer, and drift lower in the fall and winter.  Without big economic news, this holds true, according to the writers at The Mortgage Reports Blog. One has to admit, we’ve had some big economic news recently and often.

Some other news that will affect mortgage rates:

Keep in mind, “Honestly, predicting mortgage rates is nearly impossible these days because so many factors influence our financial system today”, says Bob Drake. We don’t have a crystal ball…just an educated guess. It will be interesting to see what happens to borrowing power in the next 90 days!

Pin it for later reading: 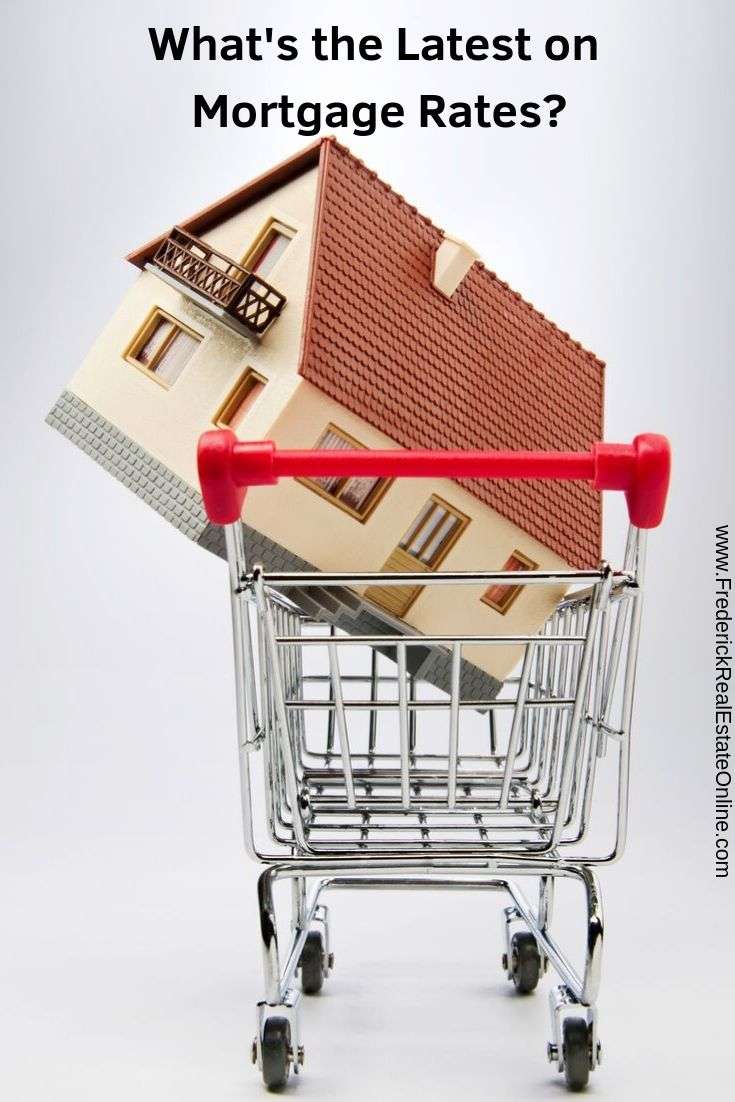 How to Get Your Home Ready to Sell
Next Post: Are Home Values Going Up or Down In Frederick Md?