You are here: Home / Frederick Living / There are Two Historic Designations in Downtown Frederick

First, a little history of Frederick that explains the two historic designations in downtown Frederick: In 1744 an Annapolis lawyer named Daniel Dulaney bought 7,000 acres west of the Monocacy River. He layed out the original 144 lots along a grid with streets running north and south, east and west. More lots were added later for a total of 340 lots, running from 7th Street to the north, South Street to the south, Bentz Street to the west, and East Street to the east. 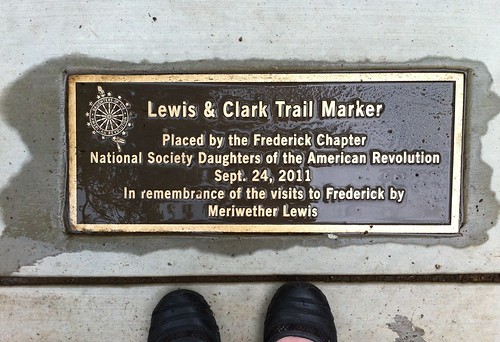 Frederick was incorporated in 1816, and was no longer known as Fredericktown, but Frederick. After that, several other sections were added to the city of Frederick, including sections on the west side of Bentz Street, sections along both sides of West Patrick Street and the north side of West South Street.

History #Nerdalert: When Lewis and Clark left on their historic journey, they used “Fredericktowne” as their launching site. They used the Hessian Barracks as their supply depot as they prepared for the long trip.

Tucked away on the grounds of the Maryland School for the Deaf is the Hessian Barracks, built during the French and Indian Wars. The building has a rich history from the occupation by General Braddock to the housing of hessian soldiers, various prisoners of wars and the main hospital after the Battle of Antietam. It has served as a state armory, and the yard served as an agricultural fairgrounds. This is the only remaining of the original Three buildings. 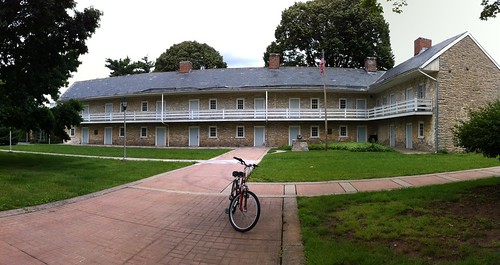 The original plat laid out by Daniel Dulaney was extended in 1891 to include East Third Street and in 1894 it included Clarke Place just south of Maryland School for the Deaf. (You can see the later period of these sections by the Victorian architecture, and by how far the homes are set back from the road.)   The City of Frederick’s Historic District essentially includes the areas described so far. See  Frederick Tourism’s  Map of the Historic District.

The City of Frederick established the Historic District in 1952, which included just a few blocks of Downtown Frederick. It has been expanded several times over the years with the most recent boundaries drawn in 1995.

There are two historic designations in Downtown Frederick: 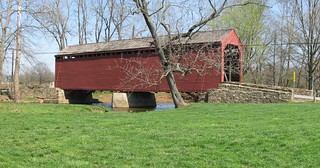 It’s easier to understand if you see the map, the red line is the Frederick Town Historic District: 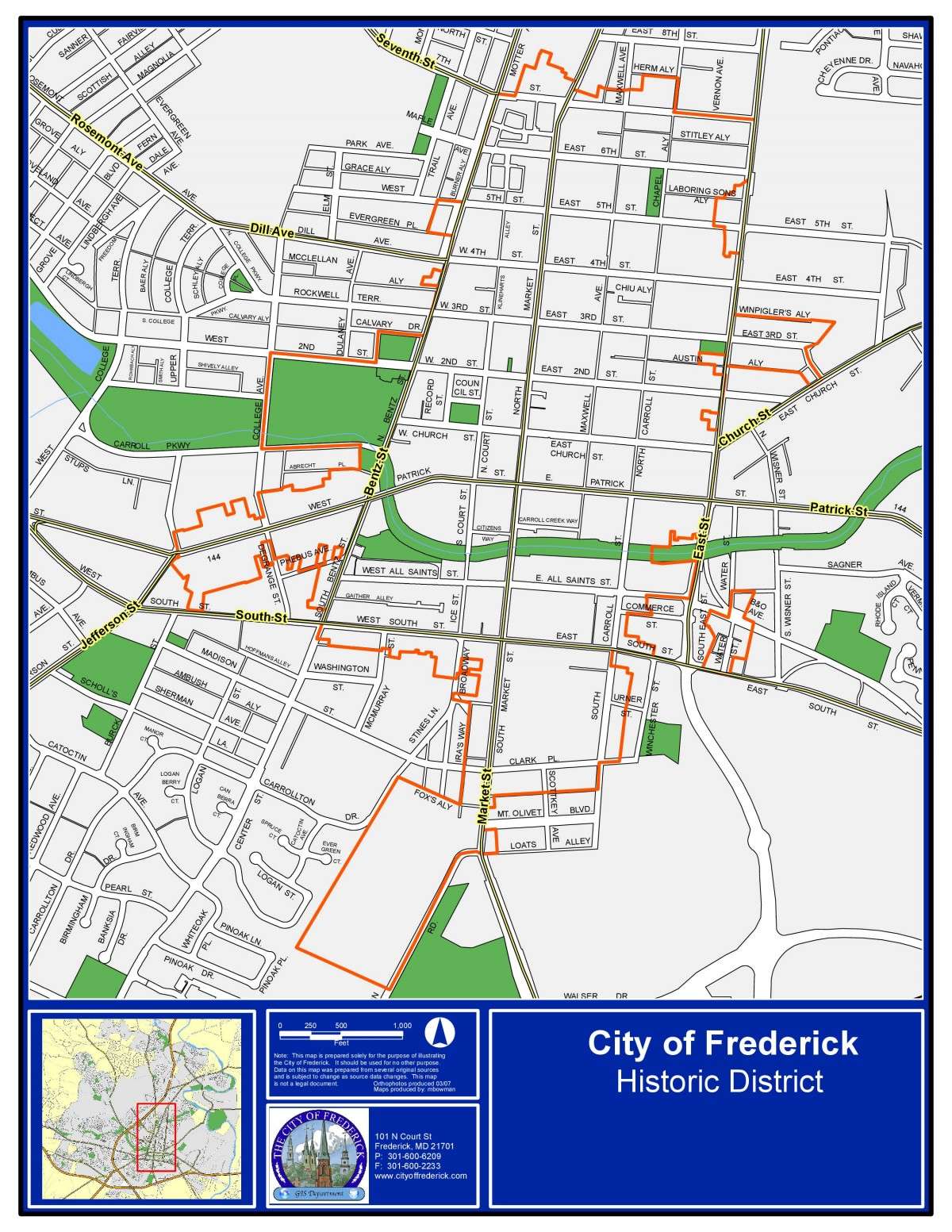 Here is the reason you need to know about the two historic designations in downtown Frederick:  Those properties outside the Frederick Town Historic District, but on the National Register do not require permits from the Historic Preservation Commission. (Just Building permits).  However, property owners in either may be eligible for local, state, and federal tax incentives. Renovations and restoration of historic properties are subject to many tax credits, and they change all the time. Keep that in mind if you are thinking of purchasing a home that has an historic designation.

Here is the map of the historic district from the City of Frederick website.

Buyer Question: Do I Need to Get Title Insurance?
Next Post: Home Shopping: The Square Footage Dilemma