You are here: Home / Buyer Information / What Happens When Mortgage Interest Rates Go Up?

📉Mortgage Interest Rates Are On the Rise

Rates are now almost a full percentage higher than they were this time last year, on average. With a strengthening economy, the cost of borrowing money goes up. I know, it’s a cruel joke…when the economy is weak, people are hesitant to take borrowing “risks”, but that’s when it costs less to borrow. When people feel confident about the economy, borrowing costs them more.

Affordability is largely influenced by the interest rate. If homeownership is a goal, then you must crunch the numbers to see what the real cost of ownership is…and you should also consider what the future numbers will look like, as much as possible. Although no one has a crystal ball, we have seen economic cycles come and go, and we can learn from a historical perspective.

This is how the concept plays out in real estate: If you bought a house this time last year, you probably locked in at a rate of just under 4%…about 3.9% on average. If you bought the same house today, you would get a rate of about  4.9%*. It is more expensive to own the same house that you thought about buying last year. Add to that, values have risen about 5% to 7%, depending on where, and what type of home.

Let’s break that down and use $300,000, because it’s a round number and it’s right around the average sales price here in Frederick. Let’s use a simple mortgage calculator.

That’s a monthly increase of $258. For the same house.

🤷Will Interest Rates Continue to Rise?

Interest rates recently reached into 5% for the first time in 8 years. Along with those rising rates, mortgage applications dropped off to the lowest since December 2014, according to USA Today. Refinances also have dropped, as the time for better rates has passed.

The Fed has been raising rates incrementally, and has promised to continue to do so as the economy heats up. The simple answer is yes, we can count on mortgage rates increasing, as well as credit card rates.

If you’ve been on the fence does this mean you should jump into the housing market? There are a lot of moving parts to consider about buying a home. Interest rates are only one component. Rates certainly have the most impact on the cost of buying a home.

If you wait, you will pay more. Over time, rates will rise.

But, even as interest rates rise, they don’t go up in a straight line. You can work with an experienced local lender to lock in a rate that will be the best available, as rates make their unsteady, up-and-down upward climb throughout the next year.

How much higher? It’s hard to say for sure, but a rise of at least 0.500 percent wouldn’t be a shocker.

🏘️Home Prices Are Rising, Too

But there’s more to consider here than just the interest rate. What if the home you want to buy increases in value over the next year? According to the Core Logic Case-Shiller Home Price Index, home prices nationally have been rising more than 5 percent per year for several years now. This is true for the Frederick real estate market over the last year. Can you afford to wait a few more years, and add up to $30,000 to the already hefty price tag of a single-family home?

🤨Looking Deeper into the Numbers

Let’s assume that the home you want costs you $300,000 today. Let’s also assume that you have 5 percent down and a 30-year fixed mortgage at 5.000 percent.* Then, let’s assume that for the same home next year you would have to pay 5 percent more, and an interest rate of 5.5 percent. A detailed life-long comparison looks (om simple round numbers) like this:

What does the decision to put off buying for one year cost you? With these assumptions, you have to come up with an additional $750 for your down payment, which may or may not seem nominal. Over the next 30 years you’ll pay an additional $60,900 in payments.

You will pay a little more for mortgage insurance, which I haven’t added into the table above. This is just straight math.

There are more things to think about than just the above simple math. Homeownership is the key to wealth-building for most Americans. You must live somewhere. If you can pay yourself via a mortgage, rather than paying someone else’s mortgage by renting, it’s the way to build your own equity, not someone else’s.

There are several other aspects of the decision to buy a home: Do you have enough savings to afford the down payment and still have a cushion? Is your employment stable? Is there a possibility you might move for a new job within the next 5 years? Are you ready for the responsibilities of homeownership? These questions and more are all part of the process of deciding when to buy your first home.

When interest rates are rising, buyers have another option…they can lower their interest rate with points. There are usually a lot of questions about points…

“What are points?”
“Should I pay points?”
“What about NO points?”

Here’s a bit of information from one of our preferred lenders, to give you some things to consider:

Pricing on your mortgage can be complicated, but an experienced loan officer make it simple to understand. Take the time to look at it from multiple angles. Use your LO as a resource and adviser. Most people only ask about rate and closing costs. Go deeper to get the real answers. 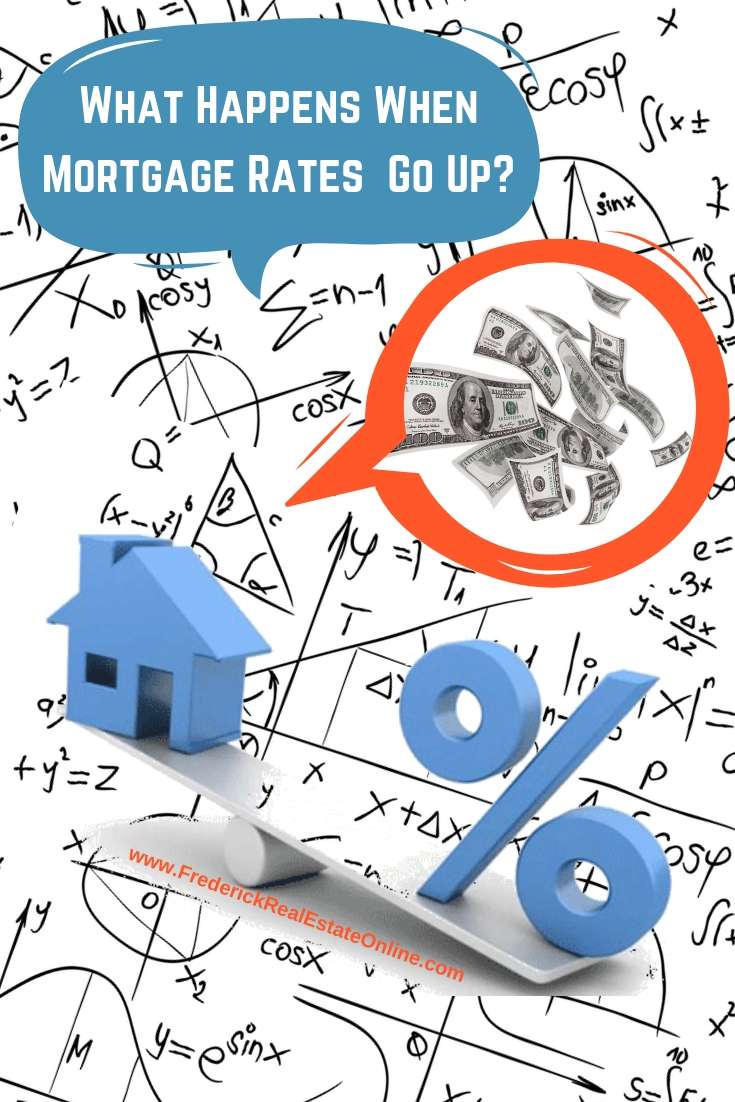 What are the Best Neighborhoods in Frederick County MD?
Next Post: How to Improve Your Credit Score in 6 Months